I know that declining oil prices are in the news. However, the one bright spot is oil's role in electricity markets, especially during winter. Here’s a short summary of work that Devin Hartman [now the Electricity Policy Manager at the R Street Institute] and I did previously when we were trying to determine dual-fuel oil fired power generation’s role in ensuring the electric reliability in organized electricity markets.

As Winter Storm Jonas moved through the Mid-Atlantic and Northeast U.S.,  I wondered whether dual fuel-oil fired electric power plants would help keep the lights on and mitigate natural gas price spikes as they did in the Winter of 2014. Barring weather related equipment and power line outages, I bet that oil-fired power generating units did play a role. The weather conditions over the weekend reminded me of the MLK holiday weekend of 2014. Back then, natural gas prices in New England peaked at $78.64/MMBtu at Algonquin City Gate in New England, while Transco Z6- NY in New York and non-NY (PJM) rose to $120.70/MMBtu and $123.50/MMBtu, respectively from January 20-22,2014. Oil fired power generators were dispatched in lieu of gas fired power plants by the organized electricity markets, ISO New England, New York ISO and PJM, because generating units  burning no. 2 fuel oil were far less expensive than gas fired CC's and CT's. At that time, no. 2 fuel oil was about $3.33/gallon or $23.73/MMBtu. 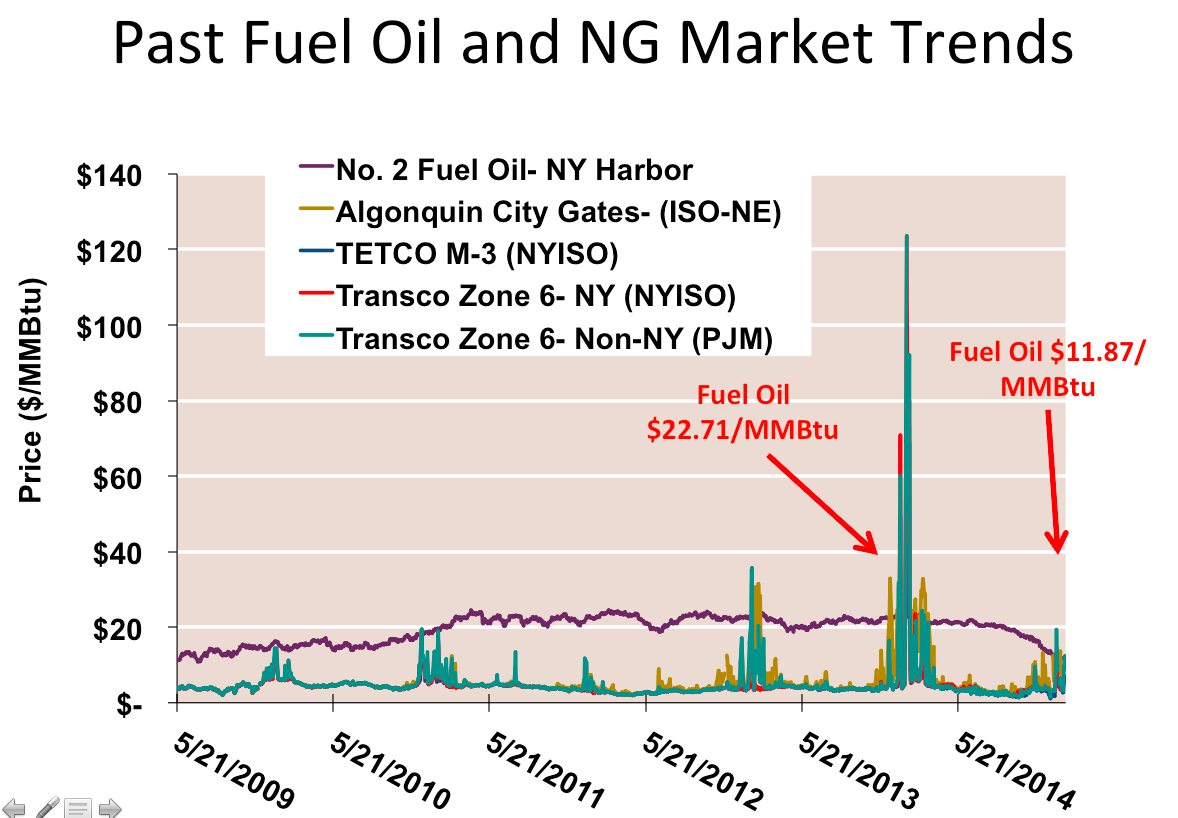 Fast forward to Friday January 22, 2016--- natural gas prices at the above hubs ranged between $4.25-$5.25/MMBtu while the ultra-low sulfur no. 2 fuel oil future price closed at $0.9519/gallon or $6.80/MMBtu thanks to declining crude oil markets. So it will only take a modest increase in natural gas prices for organized electricity markets in the Northeast and Mid-Atlantic to dispatch oil-fired electric generating units. 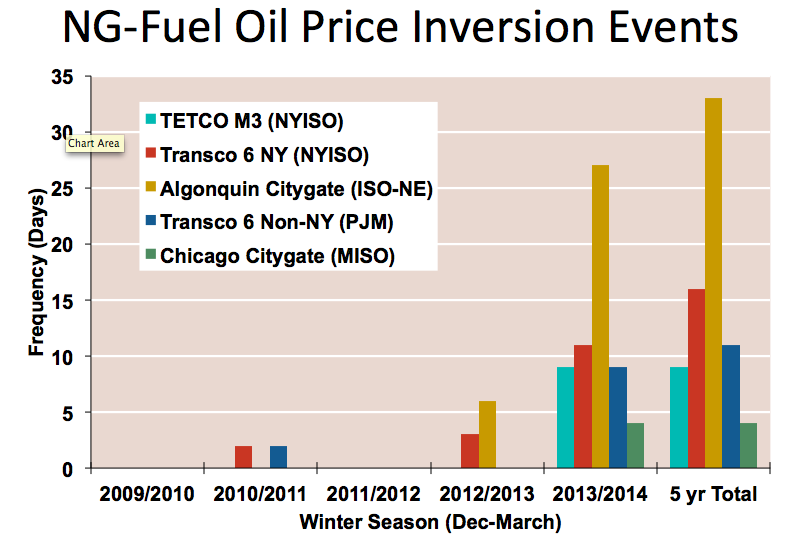 Natural gas prices were pretty anemic over the weekend and did not peak at any of the above natural gas hubs that source gas for New York City, Baltimore and Washington DC despite near record breaking snow fall in those cities. Winter Storm Jonas really didn't affect New England, which relies on natural gas for 49% of its power generation. It just goes to show you that history doesn't necessarily predict the future. It also shows that the ISO's and power generators in New York and PJM are much better prepared. Finally, it demonstrated that any natural gas pipeline capacity constraints in ISO New York and PJM have been addressed.

Tom Russo will be teaching a liquefied natural gas, natural gas and hydropower courses for EUCI during the year.

Russo on Energy LLC is an expert in FERC...

Russo on Energy offers strategic and tactical advice on compliance with the National Environmental Policy Act (NEPA) and numerous other federal laws assoicated... One would think that renewables like wind projects would have... Taking Stock of NEPA at 48